In a move that should probably be contextualized by the fact he smokes around 81 blunts a day, Snoop Dogg has declared that he is giving up hip hop and launching a gospel career. 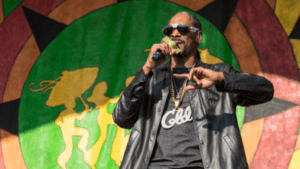 He told Billboard that 2018 will the year he enters the gospel genre as he prepares for a major rebrand.
“I have always wanted to try Gospel,” he said. “This may surprise some people but all I gotta say is get ready for some ‘good for your soul’ music in 2018!”
It comes after he released his reggae album Reincarnation in 2013 and adopted his Rastafarian-inspired stage name Snoop Lion. The Good Reverend Dogg, anyone?
In the interview he also opened up about his plans for the Christmas period.
“My family and I really just relax and enjoy time with each other,” Snoop added. “The year is always hectic for us so we just chill out. We don’t have any fancy traditions but our holiday is all about good food, good company, and good music.
“My family all comes together to help out but my wife, Boss Lady, always leads the way. She’s an amazing cook and pulls it all together for the holidays. We sometimes have family over to hit the BBQ as well. Nothing like a Dogg family Christmas meal!”
The rapper is no stranger to controversial announcements, back in November Snoop posted a photo on Instagram which sees him standing next to a dead man with a ‘Trump’ tag on his toe.
The image appears to be the final cover to Snoop’s upcoming album, Make American Crip Again.
As you will expect, the picture caused some controversy among Snoop’s Instagram followers, with some warning the rapper that his action might have consequences.
“Expect that phone call from big brother,” one said. “I don’t support trump. Doesn’t mean I want him dead,” said another.
Of course, there were plenty of people who supported Snoop, with one commenter saying: “Say what you will Right Wing Nuts… but that’s gangsta!!”
Oh well, I guess if the gospel thing is to be believed then he could be sacking that kind of shit in, in order to find God.